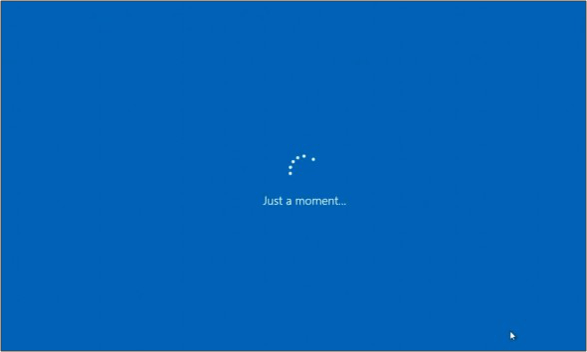 For those of you users of the Windows operating system, you must already know or have experienced what is known as the Blue Screen Of Death or better known as the bluescreen. As the name implies, when this error occurs, the monitor display only displays a blue screen with white writing that contains a description of the error that occurred.

When a bluescreen error occurs it indicates that some serious damage has occurred to your computer system. In general, the bluescreen on a laptop or computer occurs when there is a problem or damage related to the installed hardware or driver.

Then, what should we do when the laptop we use experiences a bluescreen? As already mentioned above, that actually in the bluescreen error message there is already an error code that occurs and what action should we take. However, because the error message displayed is technical in nature, it sometimes makes it difficult for us to know what actually happened and what we need to fix. Instead of looking for the meaning of the error code, you can immediately do the steps below if one day your laptop experiences a blue screen.

1. Restore the windows system state to the previous period.

In the Windows operating system, there are 3 utilities that we can use to restore installed settings and applications to a certain period that has passed, namely:

You can read a more detailed explanation about these three tools and how to use them in the next tips.

2. Make sure the hard drive still has enough space.

This is necessary for example when an application creates a temporary file that is large enough. If the free space on the hard disk starts to shrink, then we have to clean unneeded files such as temporary internet files and so on. For steps to clean a laptop hard drive from unused files, you can read the next tips.

Some viruses can cause a bluescreen laptop, especially when there is a virus that damages the Master Boot Record (MBR) or boot sector. Before scanning a laptop hard drive, make sure the Antivirus is up to date and configured to be able to scan the MBR or hard drive boot sector.

Microsoft provides support for operating systems that it issues in the form of service pack updates, security, and other important or optional updates. By running Windows update, it is hoped that our computer system will always get the latest features, protected from virus attacks and other bugs. You can read a complete tutorial on how to update the windows operating system in the next article.

Apart from updating the operating system, another thing that is no less important but we often miss is updating the drivers of hardware components installed on the laptop. Most of the bluescreen cases are related to the driver being used. The step of updating computer drivers is one way that can fix the bluescreen error on a laptop.

6. Use the default settings in the BIOS.

Configuration errors, such as overclocking in the BIOS, can cause various problems including causing Blue screen errors. In some cases, this bluescreen laptop damage can be repaired by restoring the settings or resetting the BIOS to the default settings.

7. Remove and reinstall the Laptop Memory

In such a case, sometimes simply removing the laptop memory and putting it back in, can repair some laptop damage such as the laptop won’t boot or the bluescreen laptop. What must be considered is caution when opening and replacing laptop memory.

Some laptops have been equipped with the self-diagnostic test feature. Run this feature to find out if there is a problem with laptop hardware. Write down the error message that appears so that if we don’t know it, we can ask a competent expert.

In some cases, an outdated BIOS can cause the laptop to bluescreen, due to several incompatibilities in the BIOS.

10. Run the laptop using only the necessary hardware.

Maybe this tenth tip can only be run if you are already adept at disassembling laptop components. Remove some hardware components and run the laptop using only the motherboard, processor, memory, hard drive, keyboard, video card, and monitor components. By doing the disconnect method on the installed hardware, it is hoped that we can find out which hardware causes the laptop to become the bluescreen.